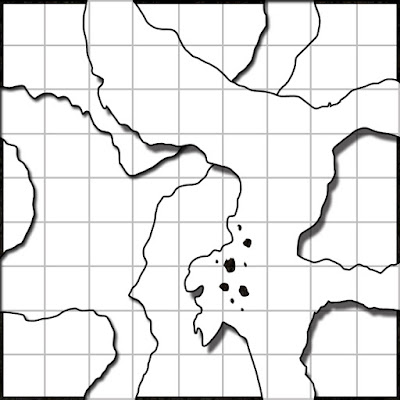 I make a lot of map geomorphs for my games, and I keep meaning to post them here as a regular feature. I just realized I don't make very many cave geomorphs - even though I think caves are evocative and particularly compelling as an environment for adventuring in. So, as a new beginning to a regular series here on OEF is a Cave Geomorph you are welcome to use in your game. I hope you enjoy it. 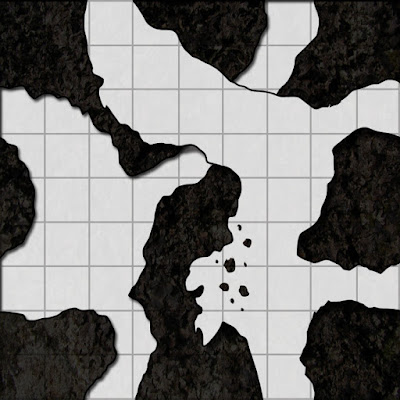 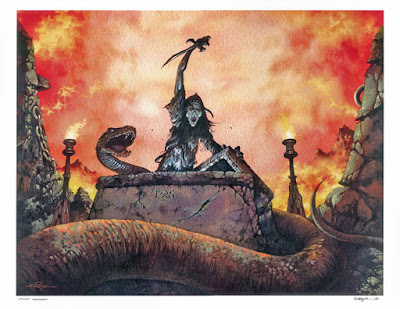 This very cool art poster by Erik Roper is available from Monolith Press. It is both very contemporary, yet looks like it could have been the cover illustration on an RPG from the 70's. I love it.

Rockabye: a 5th level Daddy is able to rock a baby in a precise pattern for a period of time requiring a level of endurance a 1st level Daddy didn't know was possible, to make the baby fall into a fitful slumber for 1d4+2 hours.


Unless you are a Daddy you may not fully understand how awesome this post is.

I've been working on the Incantatrix spell list - restricted to only original edition spells (and the new ones designed specifically for her, but rewriting them into a simplified "OEF" style). It's taking longer than I thought.

Also I've been brewing up some ideas and drawings for Emberfrost.

In the meantime enjoy this classic illustration. And happy Friday! 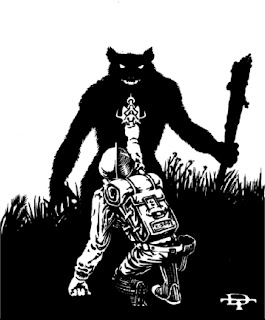 Blogs for your enjoyment:

A recent poll on Beyond the Black Gate asked how many classes do you prefer in your old-school game. The original 3? or more? My answer: both. You'll have to read the comments why.

I have always been favorable to Ed Greenwood's Incantatrix class that was published in an old Dragon magazine. Maybe it came along at the right time, but it just seemed so cool to me. It was originally designed for 1st edition, so I thought I would make a Swords & Wizardry version. This version is easily portable to your classic "Original Edition" game, just give it the saving throws of a Cleric and it should work out fine. 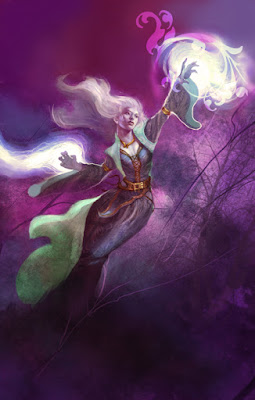 Incantatrix
You are a mysterious figure, a student of arcane powers, spell casting, and spell stealing. Usually cloaked in fine robes embroidered with mystical symbols, you can be a devastating opponent. However, you are usually physically weaker than other adventuring classes, and are untrained in the use of armor and weapons. As an Incantatrix when you progress in levels, you can become a very powerful caster of spells. You specialize in stealing magic: draining spell knowledge from other spell casters, and applying that knowledge to yourself. You also excel at protecting yourself from powerful spells. Perhaps one day, though, you will rise to such heights of power that you can build a mystically protected tower for your research, creating fabulous magic items, and scribing new formulae for hitherto unknown spells. Such arch-Incantatrixes can sway the secret orders that control the world, and command respect and fear across the realms.

Incantratrixes are always female.
Prime Attribute: Intelligence, 13+ (5% experience)
Hit Dice: 1d6-1* (Gains 1 hp/level after 9th level.)
Armor/Shield Permitted: None.
Weapons Permitted: Dagger, staff, and darts.
Incantatrix Class Abilities
Spell Casting: an Incantatrix owns a book of spells, which does not necessarily include all of the spells on the standard lists. Reading from the book, the Incantatrix presses her chosen spell formulae into her mind, “preparing” these spells. Once a prepared spell is cast, it disappears from the Incantatrix’s ability to cast (until it is prepared again). It is possible to prepare a spell multiple times using the available “slots” in the Incantatrix’s memory/capability. If the Incantatrix finds scrolls of spells while adventuring, she can copy them into her spell book.
Incantatrix’s Tower (11th): At 11th level, a Incantatrix gains the title of “Incantatrix,” and can build a stronghold for herself to house her libraries and laboratories. She will attract a mixed bag of mercenaries, strange servants (some with odd abilities and deformities), and even a few monsters, perhaps. This motley crew will swear fealty to her and serve her with whatever loyalty she can inspire in them. 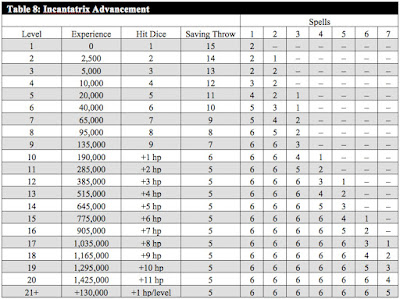 The batmobile from the campy 60's Batman show will always be my favorite. 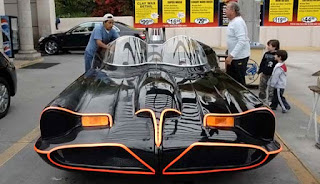 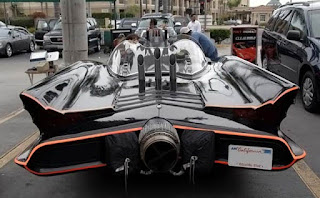 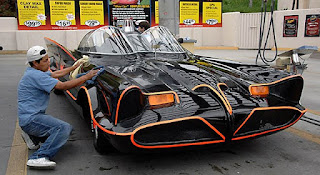 More ways to enjoy one of your favorite OSR blogs

Click on any of these links to see Original Edition Fantasy in new and interesting ways: